Samsung’s new Galaxy S7 and Galaxy S7 edge are all the rage in the world of smartphones today, and rightly so: these are insanely powerful pocket computing devices. Packing the highest-end specs for today’s smartphone standards, both these devices can comfortably handle pretty much everything that you can possibly throw at them without breaking a sweat. However, even within these two devices, the differences don’t end at one having a larger screen and the edge features over the other; rather, there’s an innate difference between two Galaxy S7 models as well — one of them powered by Qualcomm’s Snapdragon 820 chipset, while the other features Samsung’s own Exynos 8890, and that’s a cause for major debate right now. We’ll take a look at the major differences between the two in some detail today.

The Snapdragon 820 variant of the Galaxy S7 has been released officially in the US and China, while the rest of the world will receive an Exynos model. This has to do with the inclusion of a CDMA radio on the Snapdragon SoC, making it the more favorable choice for these two markets. In comparison, even in Canada you’ll find an Exynos model over Snapdragon.

Beyond this point, where we say Galaxy S7, that automatically refers to the larger S7 edge sibling as well, since the innards of both these devices are basically identical, whether it be the Snapdragon model or the Exynos one.

First, let’s take a look at the differences at a high level before we delve into the details of these.

From a summary perspective, it’s evident that the Snapdragon 820 variant is stronger in some areas while the Exynos 8890 tips the scale in others. Let’s take a look at the differences one by one.

From the first look, it becomes evident that Snapdragon 820 and Exynos 8890 are different beasts; one supports the traditional octa-core setup that became all the rage in 2015, while the other (on paper) seems to be dated quad-core setup. However, do remember that Qualcomm went back to quad-core after having played with an octa-core setup with Snapdragon 810. Why the shift? That has to do with how these microprocessors are laid out.

With Exynos 8890, Samsung has followed the path of big.LITTLE architecture that ARM specified and that was mainstream last year. Under big.LITTLE, an SoC is laid out in such a way that it gives a mix of low-power and high-performance CPU cores for varying workload needs. Hence, as you can see in the table above, Exynos 8890 has four Mongoose cores that handle the high-performance part, while the four Cortex-A53s humming at 1.6 GHz manage the low-power-consumption part of the processing capabilities. The immensely powerful Mongoose cores are more than capable of outperforming even the toughest competition, but we’ll get to that later.

With Snapdragon 820, Qualcomm reverted to a quad-core setup, opting for almost identical custom CPU cores dubbed Kryo. Two of these spin at 2.15 GHz while the remaining two hum at a comfortable 1.7 GHz, resulting in a difference of merely

450 MHz between the two. And that’s where the primary difference between Qualcomm’s approach and big.LITTLE architecture lies. While varying clock speeds is something that Snapdragon 820 borrows from big.LITTLE, that’s where the similarity ends, and the resulting setup is basically an asymmetrical 2×2 heterogeneous cluster. If we look at the breakdown of the processor layout, we can see that the Kryo LP cores (1.7 GHz ones) have their own L2 cache, and the Kryo HP cores have their own L2 cache, with both of them separated by a large L3 cache cluster. By adopting this layout, Qualcomm has maximized the use of heterogeneous computing (HC) in Snapdragon 820, resulting in massive performance gains over last year’s Snapdragon 810 despite the latter’s octa-core setup.

For the Galaxy S7, these different approaches to processor layout translate to a major difference that we saw in the table above as well. Thanks to its heterogeneous layout, Snapdragon 820 variant destroys its Exynos 8890 counterpart in single-core performance, and even edges past the current champion, Apple’s A9 chip from the iPhone 6s. However, when you look at multi-core performance, that’s where the sheer power of the four Mongoose cores fully shines, taking an almost 30% leap over the Qualcomm processor.

In Antutu’s official numbers from its v6 tool, Snapdragon 820 posts more impressive overall scores over the 8890 Exynos SoC. However, take these benchmark results with a grain of salt, because there are certain facets to the Antutu test that are usually ignored. One, there’s a difference between a device benchmark and an SoC benchmark, so Antutu doesn’t tell the full story. Second, Antutu favors single core performance over multi-core results, and 820’s HC approach gives it an added edge there. This is even more significant because most real-world usage scenarios don’t rely on a single-core setup.

In real user terms, the fact is that the Exynos 8890 variant outperforms Snapdragon 820 in almost every task that’s thrown at it. PhoneBuff has prepared this great speed test comparison video between Galaxy S7 Snapdragon 820 vs. Galaxy S7 Exynos 8890, and you can clearly see that Exynos is faster at loading apps as well as retaining them in memory, and recalling from that.

GPU is a major differentiator between the two variants of the Galaxy S7. Qualcomm opted for the Adreno 530 unit for its Snapdragon 820 – one of the most powerful GPUs on mobile devices out there right now. Samsung went with Mali-T880 MP12 which is a major step up over Mali-T760, and claims to be the most energy-efficient GPU out there right now. This is also the only GPU that boasts 12 operating cores, making it a real beast, at least on paper.

In terms of their performance, both Adreno 530 and Mali-T880 are very capable units, but the 530 takes the edge over T880 in raw power and performance. In GFX 3.1 Manhattan, for instance. the Snapdragon 820 version of the Galaxy S7 posts an impressive score of 32 in the offscreen 1080p test, and 16 on the 1080p onscreen test, in comparison to Exynos 8890’s 29 offscreen and 15 onscreen. Similarly, in Basemark X, Snapdragon 820 ranks almost 4,000 points above the Exynos 8890 variant. Interestingly, though, in Basemark ES 3.1 / Metal, it’s the Exynos variant that takes the lead, delivering a sore of 733 compared to Snapdragon’s 624. It appears that the 12 processing cores really have no match in the Android realm when it comes to raw graphics processing power, although it still falls short of the insanely powerful GPU in Apple’s iPhone 6s Plus.

In reality, whatever version you’re getting, you can be rest assured that you have a very capable gaming and media consumption machine in your palm. While Adreno edges Mali-T880 in benchmarks, real world performance won’t show much difference. Also bear in mind that rendering graphics on a QHD display is far more taxing than, say, an FHD screen, so the fact that both Snapdragon 820 and Exynos 8890 versions of Galaxy S7 stay cool is a testament to Samsung’s optimizations.

This is an interesting comparison, and one that clearly indicates how Samsung has managed to optimize it’s own CPU to such an extent that it really does make a difference in battery life. Both Snapdragon 820 and Exynos 8890 variants of the Galaxy S7 come with a 3,000 mAh battery, while the S7 edge features a 3,600 mAh power unit. Since battery capacities are exactly the same, as well as other connectivity options, it’s purely up to the processor to determine which outlasts the other. And in this case, Exynos 8890 is the clear winner, posting almost 11 hours more in GSMArena’s battery endurance rating.

This is particularly interesting because one of the major improvements that Qualcomm boasted for the Snapdragon 820 over Snapdragon 810 was power optimizations, especially in the GPU unit. In comparison to 820’s four Kryo cores, Exynos 8890 boasts eight cores, four of which run at a pretty high 2.6 GHz, and are supplemented by a GPU that itself is running on 12 cores. Seeing as how power-hungry Exynos 8890 should be, it is pretty surprising that Samsung was really able to optimize the processing capabilities to such an extent that it still ends up with better battery performance.

This one was quickly noticed by a number of users and is becoming a major cause of concern for some Snapdragon user. The Exynos variant of the Galaxy S7 uses a Wolfson DAC, which delivers a much better audio output from both audiophile and casual-listener standards. In comparison, Snapdragon version has been reported to have a headphone-audio output that can be best described as sub-par. The low-end is almost nonexistent out of the box, and the highs are piercing. We cannot say with certainty that it’s one production line that had this issue or all of them, but it’s one area where Exynos users have no complaints whatsoever.

This is another major issue that tips the scales in Exynos 8890’s favor, and it really isn’t Snapdragon 820’s fault. Several users have reported that if you shoot 240fps slow-motion video on the Snapdragon variant of the Galaxy S7, you end up with choppy output and skipped frames – a problem that is nonexistent on the Exynos version. A sample of this issue can be seen in the video below.

This issue might not be a deal breaker for most people, and quite honestly, is something that Samsung should easily be able to fix via an OTA update. It is disappointing, however, that the issue is there in the first place, and it slipped past Samsung’s QA.

So, that sums up the major differences between Galaxy S7 Snapdragon 820 and Galaxy S7 Exynos 8890. While you gain some and you lose some with both of them, do remember that both these are exceptionally capable flagship smartphones that you won’t regret having. Still, if I were to pick a winner, well, I’m glad I have the Exynos 8890 device. 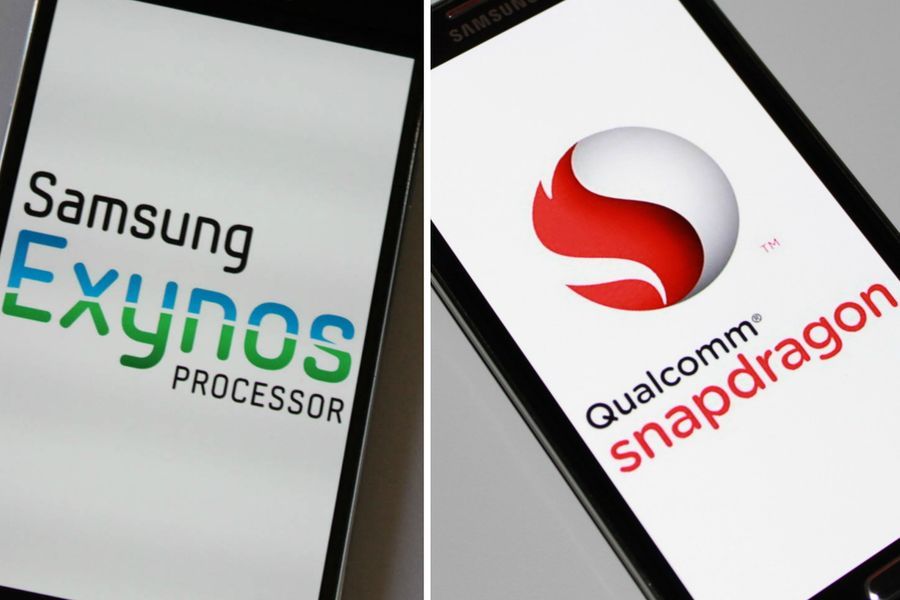 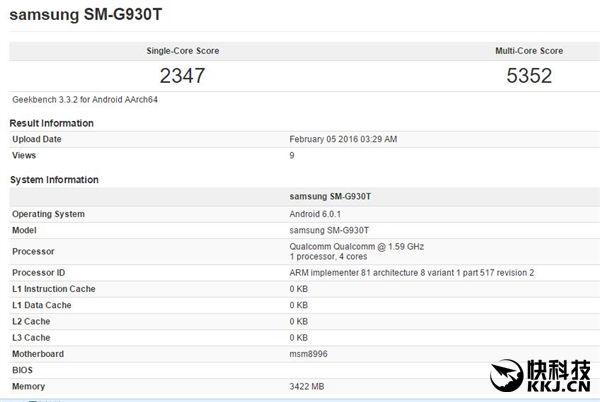 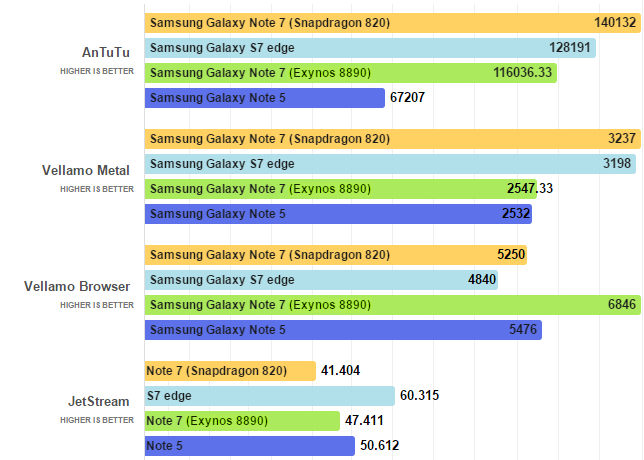 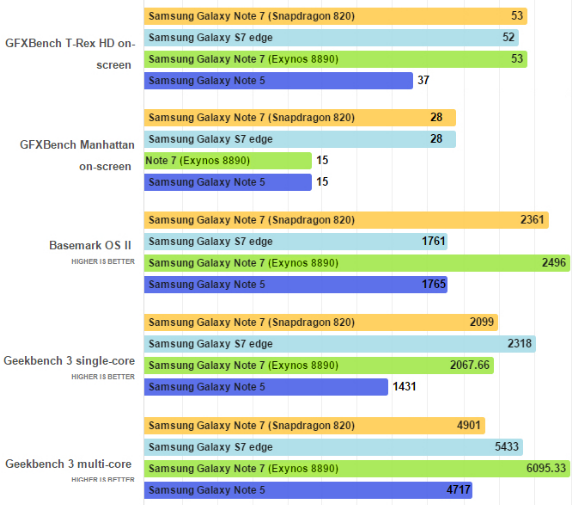 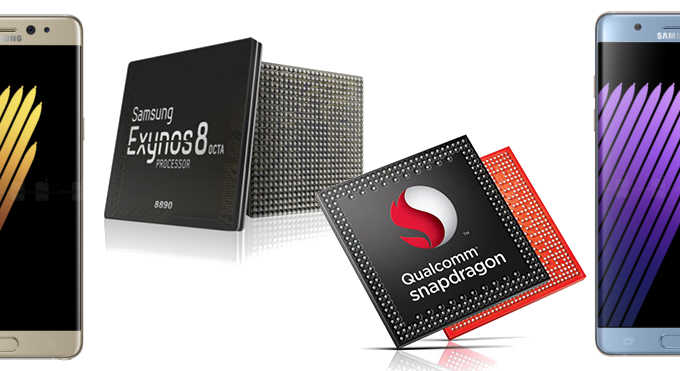 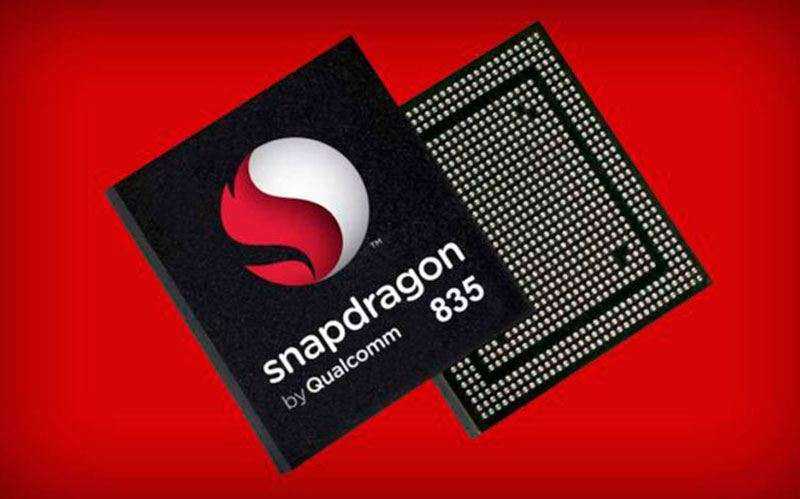 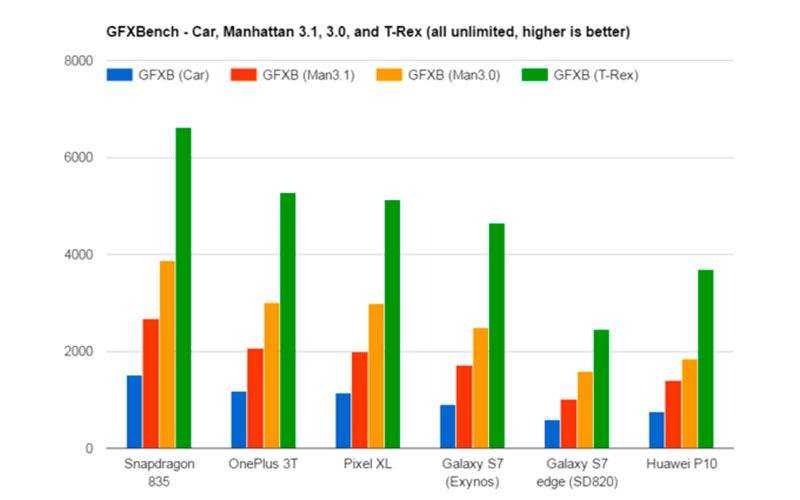 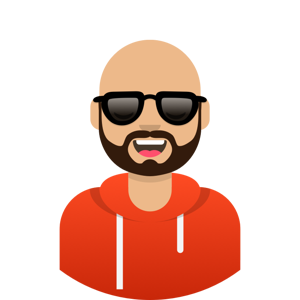 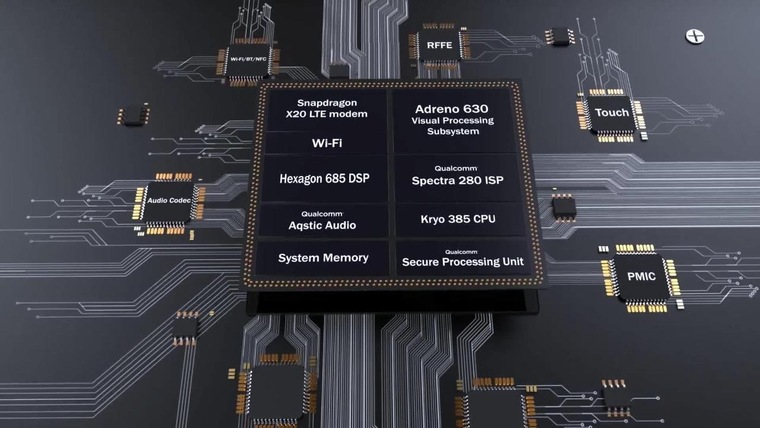 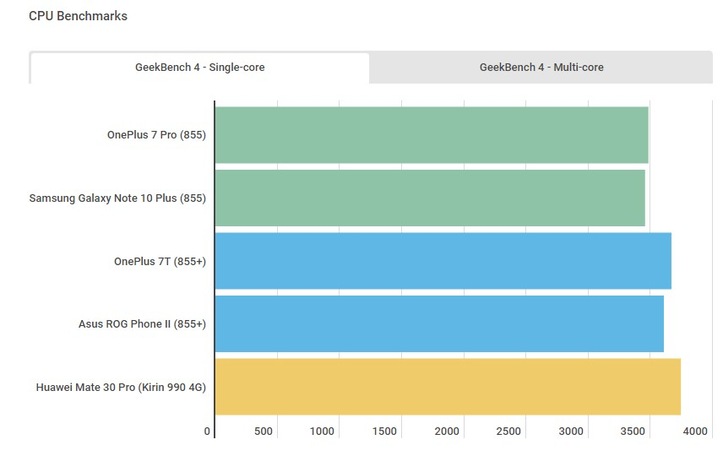 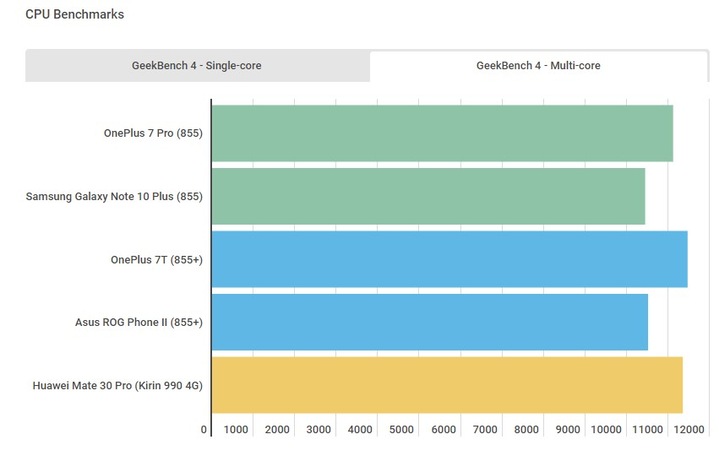 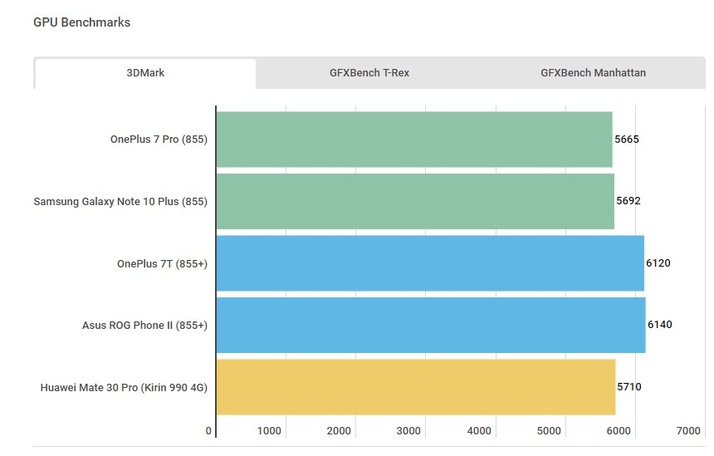 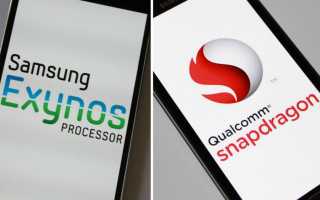 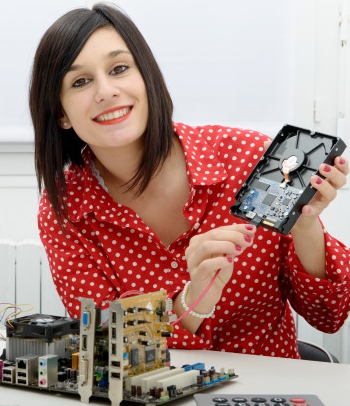 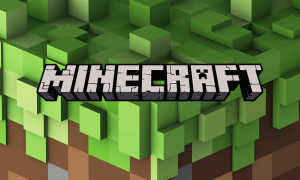 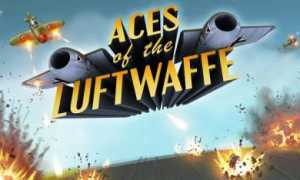